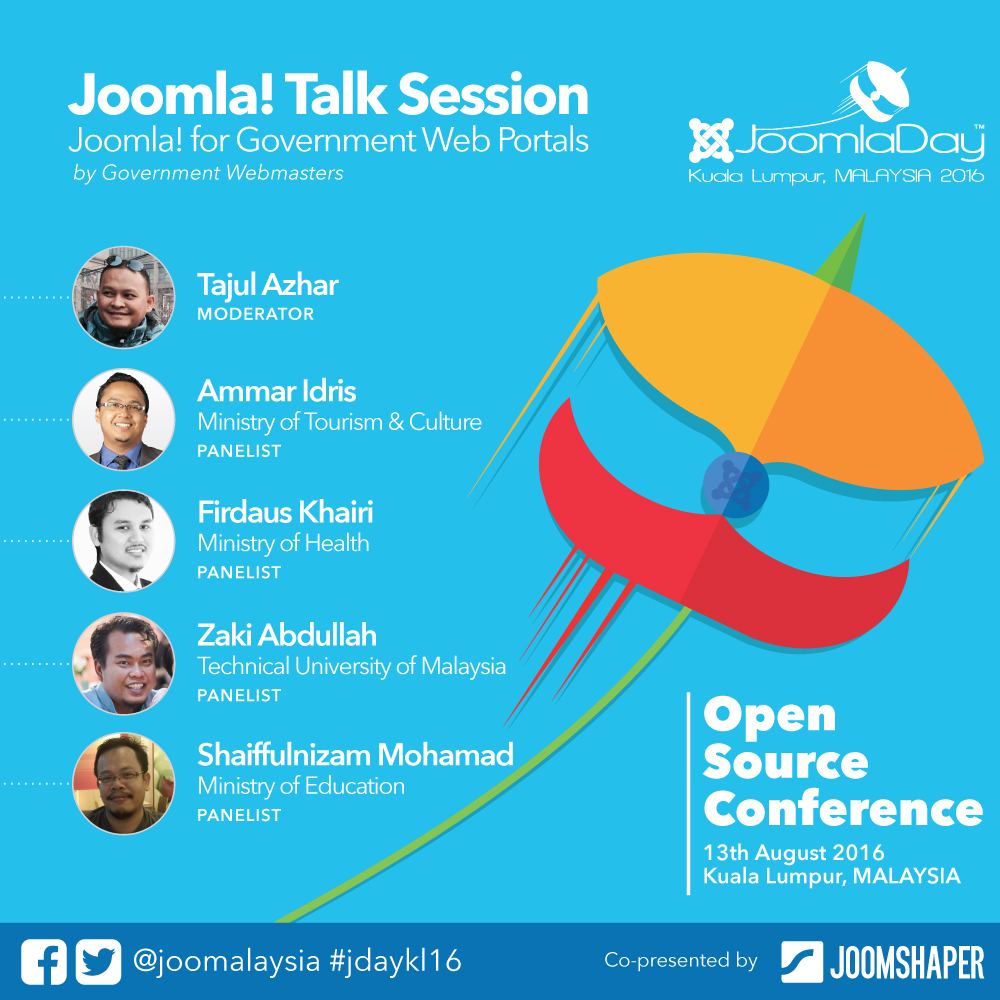 Held annually by the Joomla Communities in several countries including in Malaysia since 2007.

JoomlaDay™ events are officially recognized, but not organized, by the Joomla! Project and Open Source Matters, Inc. Each event is managed independently by a local community. The Joomla! name and logo is used under a limited license granted by Open Source Matters, the trademark holder in the United States and other countries."